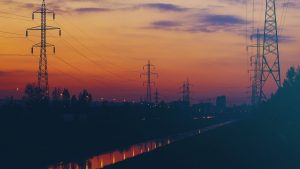 The world is marching forward towards digital currency. But the digital world still falls back on the basic computer literacy in the highest populated countries. The young India whose literacy rate is more than 75% is still behind the computer literacy rate.  Despite the ever-growing developments of computers worldwide, only 21.3% of the students in rural areas have access to computers. These deranging statistics have led to a lack of computer literacy amongst the children of rural India.

Why is Computer Literacy Important for Children in India?

Being a highly populous country, each service becomes easier to serve with the help of computers. From health, education, Industry the computers are becoming inevitable day by day.  A few reasons why children in India must attain basic computer literacy.

The technological developments have brought about significant changes in various areas of our life including personal, professional, and educational platforms. With these rapid changes, children of India must learn basic digital literacy so they could cope with the societal changes quickly and work as responsible citizens towards the betterment of their country. Despite having minimal resources at hand, children from rural areas can quickly pick up on learning basic computer information if provided with enough resources.

Understanding the way computers work fosters success. When a child is provided with a technological device, he should be assisted in learning about the ins and outs of using the technological device of the computer. For instance, technology is being extensively used by farmers in India and it has contributed towards positively improving their lifestyle by providing them with GPS services, online farming services, location sensors for comprehending crops at micro-levels, apps on their mobile phones, and smart farming. With such an increased introduction of technological devices in developing countries, you don’t have to worry about settling in another country for resources which are easily available in your native place, since technology is now everywhere!

Understanding how to experiment and inspect technology from a young age can make it easier for children to understand the operations of the next technological device they come across. A child who is comfortable in using technology grows into an adult who understands the basic computer necessities to fulfill his job duties which in turn increases his prospects of getting hired in the professional world.

The Future is Technology

Technology is here to stay and this industry is only expected to grow in the next few decades. According to tech professionals, by 2022, the global spending’s on technology on the IoT is expected to obtain a CAGR of 13.6%. In 2023, cellular connections of IoT will reach $3.5billion with a CAGR of 30%. Technological evolution is expected to speed up exponentially and will also take over the majority of the jobs in the near future. When we teach the children of India how they can implement technology in their everyday lives, it not only makes their lives more convenient but also allows them to finish up their tasks quicker.

If they wish to attain additional reading sources for their own knowledge, they could type up the names of any author, scientist, novel, encyclopedia, motivational speaker, or educational video and have any material at the tip of their fingertips.

The COVID-19 pandemic has negatively impacted the educational landscape of India which has led colleges and schools to resort to remote learning and online exams. This sudden shift to online learning in academic institutions nationally has led digital learning to be the only source of safe learning during these unprecedented times.

It has become difficult to adopt online learning and online teaching, especially in the rural parts of the country due to the regional diversity and socio-economic condition of India. Even before the spread of the pandemic, computer literacy in India was a pressing concern due to a lack of access to the internet and technological devices such as smartphones, mobile devices, and computers. However, the situation of a lack of computer literacy has further worsened with the spread of COVID-19.

Lack of Digital and Computer Literacy Amongst Households in India

According to the Hindu Business Line, most of the rural states in rural India received a power supply of less than twenty hours a day. 1 in 5 households in rural India, (approximately 31 million families) does not have access to proper electricity. The lack of proper electrical suppliance further dissipates the chances of school-going children from attaining basic computer literacy which has negatively affected their education since most of the classes were remote and those who did not have access to computers or basic electricity supply for fulfilling their remote learning duties, were unable to further educate themselves.

Your Support will benefit the future of the children

You can support our projects for the development of underprivileged and physically abled children in India and in other remote parts of the world where they do not have access to enough resources to become digitally literate by donating to Ann Foundation. We use our funds to provide resources to children from the minority communities so they can become digitally literate individuals and thrive successfully in this ever-changing society.